A Heartwarming Thanksgiving Tour: Mr. Right All Along by Jen Snow Teaser

On tour with Prism Book Tours.

Mr. Right All Along by Jen Snow

He’s been the only constant in her life all this time…but she’s been too busy with Mr. Wrongs to notice. This Thanksgiving, that’s about to change. Of course, first, he’ll have to teach her to cook Thanksgiving dinner for another man.

“You know how Jeremy is coming for Thanksgiving?”

It was all she talked about, so yeah. The tiniest part of him hoped the message was the guy bailing. Hadn’t had the courage to tell her when they’d been talking a minute ago.

Okay, a big part of him hoped that.

“He can’t make it?” He faked a sympathetic look just in case.

His gut twisted. Wow. Meeting the parents… That was a big step.

“Said he tried to tell me before our Skype connection was lost.” She glared at him.

Oops. “Well, you had to meet her sometime, right?”

“Yes, but he’s expecting me—” panic rose in her voice “–to cook Thanksgiving dinner…”

He clenched his teeth, regretting his next words before they even left his mouth. “Just bring them to dinner at the restaurant.” He wouldn’t tamper with Jeremy’s food. Promise.

She shook her head. “I already suggested that when it was just him coming. He said he wanted a nice, intimate dinner–just us.”

Aiden cringed. That wouldn’t be happening if he had anything to do with it. “Well, now that it’s become a family affair, why not take them to your parents’ Thanksgiving dinner.” The words stuck like peanut butter to the roof of his mouth. He needed to get her to the new restaurant and propose already. This was killing him.

“He’s not ready to meet my family yet.”

Yet the guy was coming to her family’s B & B during the biggest family holiday of the year—how could he expect to avoid meeting them? Plus he expected her to meet his mom? “Sounds like a keeper,” he muttered.

She didn’t hear him. “Besides, his family is Italian and food is like the big test.”

“No it isn’t. This is the test to see if the new girlfriend will fit in…make a good wife.”

Exasperation flickered in her expression. “Don’t get crazy. We’re far from that, but this is still a big deal. I’m so screwed,” she said, texting, then deleting…texting and deleting.

He took the phone away from her. “Stop. I’m sure you’ll figure this out. Cooking is not that hard.”

Her eyes lit up and immediately he knew where her thoughts were heading. “Cooking isn’t hard for you.” She grabbed his hands in her small soft ones, making his heart pick up speed. “Teach me,” she said.

His mouth dropped. “In two days? Kayla, I have three hundred people I need to prepare a menu for and execute that evening…” But more than anything, he refused to keep helping her with these crazy ideas to impress the flavor of the month. It got him nowhere.

She clutched his hands desperately. “Please, Aiden. Just some basic dishes. A turkey, I can probably handle. I mean you just stuff it full of…”

He raised an eyebrow.

“Stuffing,” she said, “and put it in the oven. I just need help with some traditional Italian side dishes.”

He sighed. She was giving him that please-bail-me-out-one-last-time look he could never resist. Not that there was a look from her he could resist.

“Fine. I’ll help you with a couple of dishes.” He hoped after he confessed his own feelings for her that evening, it wouldn’t be necessary anyway.

“And dessert?” she asked sheepishly.

“You really are a pain in the backside.”

“That’s why you love me,” she said, taking her phone back with a smile.

Jennifer Snow lives in Edmonton, Alberta with her husband and five year old son. She is a member of the Writers Guild of Alberta, the Romance Writers of America, the Canadian Author Association, SheWrites.org and FAVA. She is also a regular columnist on the Working Writers & Bloggers site and The Writer’s Fun Zone. She has published articles in Mslexia Magazine, WestWord Magazine, RWR and Southern Writers Magazine. She has also taught RWA Chapters courses online. Her publishing credits include her award-winning six book small town, contemporary romance series published through Harlequin Heartwarming and a new MMA sports romance series published through Penguin Random House Berkley/NAL. She will be releasing a new hockey sports romance series through Grand Central’s Forever line in 2016. Her Brookhollow series books were finalists in the 2014 Golden Quill Contest and the Heart of Denver Aspen Gold Contest and the 2015 Gayle Wilson Award of Excellence, the Still Moments Magazine Reviewer Choice Awards and the Booksellers Best Awards. More information can be found at www.jennifersnowauthor.com.

Other Heartwarming Titles by this Author 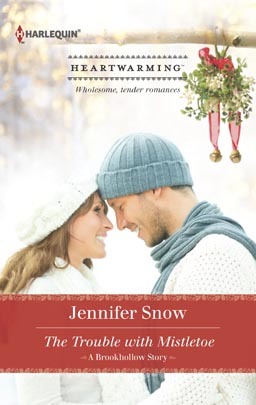 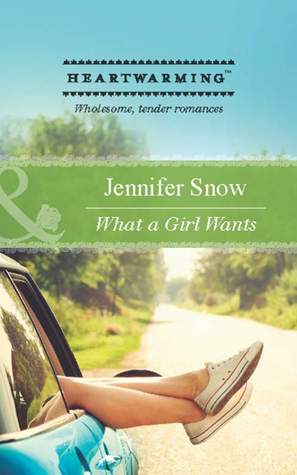 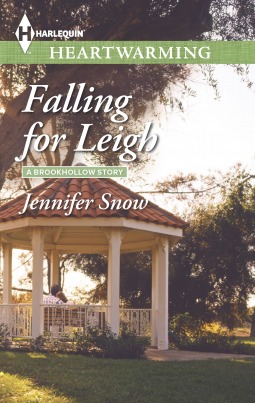 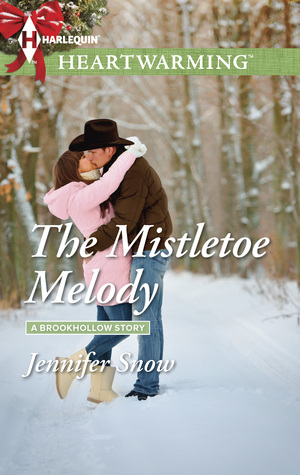 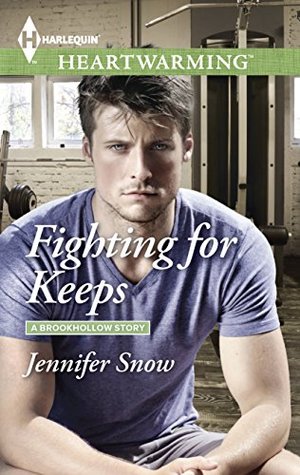 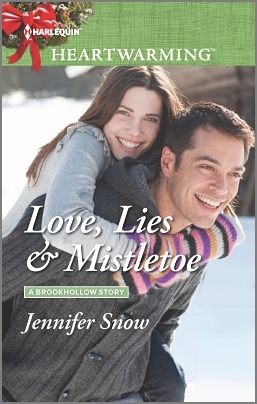 Don’t miss any of these FREE novellas or the extra tour content! Stop by each of the tour stops each day:

11/11: Falling for the Cowboy by Sophia Sasson
Kindle and Me, The Power of Words, & Colorimetry

11/18: Thankful for You by Karen Rock
Christian Chick’s Thoughts, Getting Your Read On, & Love, Laughter, Friendship

11/20: Autumn at Jasper Lake by Carol Ross
Reading Is My SuperPower, I Am A Reader, & Colorimetry

11/24: Wedding of His Dreams by Cari Lynn Webb
Bookworm Lisa, Kindle and Me, & Zerina Blossom’s Books

11/25: The Sweetheart Tree by Rula Sinara
The Written Adventure, Reading Is My SuperPower, & Writing Pearl

Pin one or both of these images to spread the word and enter to win this adorably festive Thanksgiving Table Set:

About Anjie @ Love thy Shelf

Hello there -- call me Anjie! I made this book blog where I can put down all my bookish ramblings and talk to those who have the same interests!
View all posts by Anjie @ Love thy Shelf →
This entry was posted in Other. Bookmark the permalink.

4 Responses to A Heartwarming Thanksgiving Tour: Mr. Right All Along by Jen Snow Teaser

What's on Your Mind? Cancel reply